A secret weapon of Federer is his highly efficient breathing off the court which he then makes full use of on the court. It is a key factor in his long-term success.

Elite Performance Breathing Program. For athletes of all levels.

Do you struggle with breathing in sport or physical activity?

Are you trying to get fit but can’t seem to improve?

The first thing that needs to be understood about breathing and performance is that if you want to have more stamina and endurance for training and competition then you need to have highly efficient breathing when not training and competing. That is, your breathing must be optimally functional at all other times including very critically when you sleep.
If your breathing is less than fully efficient when not under load how can it be efficient when you place it under load? If you gain an optimal breathing 24/7 habit you can then achieve maximum training effects from your aerobic training. The great news is you can gain these benefits without adding one metre to your current training program. You simply integrate your new breathing habit and skills into what you are already doing.
What is optimally efficient breathing?
It is very slow gentle breathing (6 to 10 breaths per min at rest) nose to diaphragm at all times. No mouth breathing. Gaining this breathing habit will give you an immediate performance advantage over your competitors. It means that when you train or compete your breathing is at an absolute minimum allowing you a much greater range of increase in your breathing as your load increases. Your competitors will hit red line (that is the anaerobic threshold) quicker and more often than you. They will be gasping for air and you will still have respiratory reserve.
You do not need to get inside altitude chambers to get an ‘altitude training effect’. You can get this same effect on a long-term basis on your own by gaining a habit of reduced air intake on a 24/7 basis. This maximises red blood cell production (oxygen carrying cells) in the bloodstream, increases oxygen release efficiency from the red cells (Bohr Effect) to the working muscles enabling sustained muscular contraction.
Additionally. you will also learn simple strategies to better control your breathing when under load to further enhance endurance and promote calmness under competitive pressure.
All athletes who have completed the Elite Performance Breathing Program have reported benefits such as:
Improved sleep quantity and or quality
A clear nose and greater control of breathing under load
Quicker recovery from training and competition (a reduction in Delayed Onset Muscle Soreness)
Improved joint Range of Motion (ROM)
Reduced sub-maximal recovery time (Can repeat high intensity efforts with shorter intervals of rest)
Increased capacity to remain calm and think precisely under competitive pressure

The EPB is delivered in two simple modules with a third aquatic module also available for those in aquatic sports or seeking to improve aquatic fitness. The aquatic module can also enhance breathing performance out the of the water and is highly recommended.
Module 1: Four Breathing Correction Sessions including biofeedback pre and post-therapy testing.
Module 2: One sport specific session of Controlled Breathing Training including take home instructions.
Module 3: Aquatic Session focusing on key breathing control techniques and strategies to achieve breathing efficiency and relaxation when training or competing in the water and out of it.

To maximise sporting performance learn to breathe like Federer! 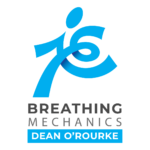